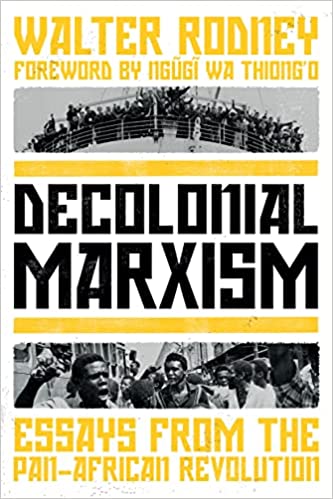 This essay was written by the author of “How Europe Underdeveloped Africa” in the late 1970s after the independence of Angola and Mozambique, but before the liberation of Southern Africa, including Zimbabwe and then South Africa from Europe rule. Walter argues that the people in this area giving their lives for liberation were “not principally [fighting for] freedom from colonial rule, but the enlargement of freedom within the states which are [already] juridically independent”.

The liberation fighters looked at the African countries that had already achieved independence, but where “the material conditions of life did not radically alter” for the common people. The “social structure, the political structure was merely transformed only insofar as it allowed a new processing class to take control”.  As a result, they did not want to fight for independence only “to be like other African states which had gained their independence”.

This problem still remains so we need a second decolonialisation. Nigeria and South Africa have gained their liberation from colonialism and apartheid, but their economies remain more unequal (due to the ravages of neoliberalism) than before their political independence.

Walter recognised that a second stage of liberation was needed across Africa so that the class relations of capitalism would be replaced by socialism. Africanisation is not enough we still need liberation from our own indigenous corrupt elites. Pan-Africanism is not and will not be enough if it does not involve this second liberation struggle. It needs to ensure “that those who produce have the principal say in how their wealth is going to be distributed”.