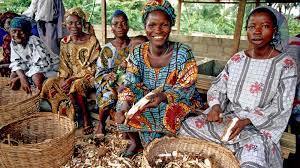 Globalization has resulted in record numbers of women entering the wage-labour force globally. According to the International Labour Organisation (ILO), “the share of women in wage and salaried work grew during the past ten years from 42.9 per cent in 1996 to 47.9 per cent in 2006” (ILO 2007). So around half of women are now workers. The same report noted that women continue to be an underprivileged section of the labour force. This pamphlet examines two major reasons why this is the case: namely, the gender division of labour and sexual harassment and violence against women. As a result of these practices, the constitution of women workers as a cheap and flexible labour force is almost universal, and this creates serious problems for the labour movement. The very fact that this division between male and female workers exists makes it harder to build working-class solidarity and arrive at a common strategy to improve employment conditions and confront the challenges of globalization. Putting this issue on the agenda and working out ways to tackle it is an important part of a global strategy for labour and for socialists to make trade unions more effective.

This pamphlet is based on the specific experience of trade unionists in India, but most of the lessons are relevant for Nigeria. This pamphlet can be used by trade unionists, men as well as women, to try and ensure that their trade unions take the issue of women workers seriously.  This should strengthen trade unions and improve the position of all their members.