Death and the Textile Industry in Nigeria 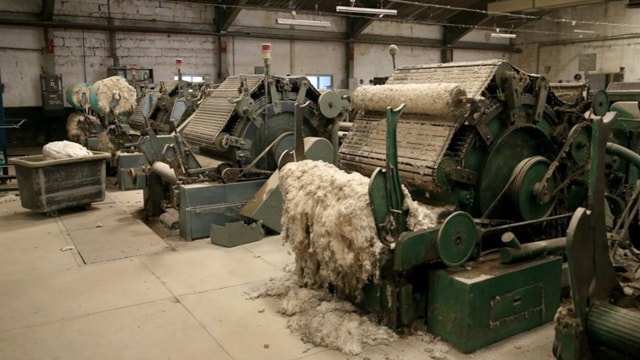 Death and the Textile Industry in Nigeria

Learning from History: “Death and the Textile Industry in Nigeria”

The downward spiral of retrenchments and increased insecurity has been going on in Kaduna for two decades now.  In the early 2000s, three of the four largest textile mills in the city were shut down.  The fourth was closed in 2007. Workers were not paid their termination benefits despite the mills being majority-owned by the northern states.

In the decade after the closures, the Coalition of Closed Unpaid Textiles Workers Association Nigeria recorded more than 2000 deaths of their members and families. We also know about the growth of insecurity, especially in southern Kaduna, where many of the mill workers came from.

The NLC wrote to the mill owners, but no effective action was taken to stop the closures or ensure that the workers were paid their terminal benefits.

In contrast, we commend the courage and sacrifices of the workers of Kaduna State, led by the NLC, in organising a three-day warning strike in mid-May 2021. The strike has shown the power of Labour in sustaining society with all necessities of life and frightened El Rufai into agreeing to pay terminal benefits for workers, at least. For the three days of the strike, water, electricity, schools, offices, trains, airlines, banks, and more came to a standstill. It shows that when the workers move in unity, everything grinds to a halt.  This is what can stop the downward spiral of retrenchments, poverty and insecurity.

We demand the following:

This booklet shows the consequences of lack of effective action by the trade union leadership.  We know that another world is possible.

Death and The Textile Industry In Nigeria

Further details of the book and how to freely download two other chapters from the book are available from:  https://www.routledge.com/Death-and-the-Textile-Industry-in-Nigeria/Renne/p/book/9780367465520